Superior Glazes are a low fire lead free glaze range. Use the following steps to ensure a satisfactory result after the firing.

Superior Glazes are for application to earthenware bisque. Refer to the picture guide below on firing.

If the inside of a piece needs to be coated with the Superior Glaze (Eg. A Vase), a “Roll Glazing” technique should be used.

Roll Glazing: In a separate container (120ml) pour approximately 3/4 of the product, filling the remaining container with water 3:1 ratio, and mix thoroughly. The product should appear like runny syrup not runny like milk.

Mix well and empty the entire contents of the container into the inside of the ware and roll the glaze around until the inside is totally covered. Pour the remaining contents back into the container, label and store away for future use or discard.

Immediately wipe away any spills or drips on the ware with a damp sponge. Turn item upside down and allow to drain and dry. It is recommended to Roll Glaze prior to painting the outside of the item.

Dull, hazy or dimpled surface
If after firing the surface of the ware appears hazy, dull or dimpled, then the glaze is too thick or the firing did not proceed correctly. Re-firing can sometimes improve the result.

Dry surface
If the item appears dry in patches or all over, then it is likely the item did not receive enough glaze. In this case, brush on more glaze over the dull areas and re-fire.

Glaze crawling
Glaze crawling (glaze contracts into pools on the surface exposing bare clay) is usually caused by contamination of the bisque during handling or firing too soon after dipping. Ensure hands are clean when decorating and handling bisque and that the pieces are allowed to dry before firing.

Crazing
Fine cracks appearing after firing. This can be due to the piece begin slightly under-fired, the bisque being under-fired or the glaze not being compatible with the clay body. If the crazing is minimal, re-firing the piece a cone or two higher (higher temperature) may resolve the problem.

Milky glaze
Commonly caused by an ‘under firing’. Kiln not reaching temperature or not soaking long enough during the firing, not allowing the glaze to even out and reach maturity which creates the more desirable clear glossy finish. Re-firing for a longer period of time, or soaking longer will resolve the problem.

Shelling or peeling
Caused from either a glaze incompatibility or incorrect cleaning of the item. Items can be ‘over cleaned’ creating an unfavorable polished surface or water saturating the surface; therefore the color and glaze cannot fully adhere to the surface of the ware. This can also be an issue if the clay body is incompatible with the glaze. 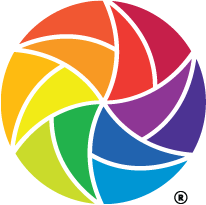